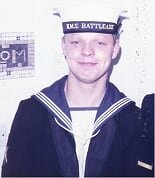 He was introduced to computers in my final year at secondary school. During a Royal Naval career (1978-1985), computers the size of rooms controlled the ships propulsion, air conditioning, radar & Sonar and missile systems, but typewriters were still the order of the day for office tasks. As a Sonar operator Jerry learn to use the ships based multi-million pound computer systems. 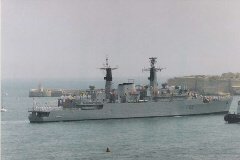 My introduction to the world of personal computers came with the purchase of a Sinclaire ZX81 in 1981 (now in the wardrobe) which plugged into a portable black and white TV and used a casette recorder to load and save data. 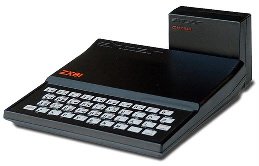 Windows 3.1 operating system was released in 1992, as I began studying at Ruskin College Oxford, using a tax rebate that year, he purchase a IBM compatible 386DX computer, with Windows 3.1, Microsoft Works installed, a black and white 12" screen and a dot matrix printer from Morgan Computers at Five ways Birmingham.

He started designing posters and fliers for student events and fixing other students computers and showing them how to use them.

While studying for a Masters at University of Warwick, his parents contributed towards the purchase of a Toshiba Laptop computer T1900 (£1,099) which again Jerry still has, windows 3.1 using Microsoft Works and Pressworks. I completed my PhD in 2014 in Business & IT.

Jerry has taught  in business and IT for more than 30 years. Advised and managed home users and business client computer systems in a wide range of IT environments.

Jerry's computer engineering skills have been professionally development of 40 years, from setting up and repairing personal computers and laptops.